The Origins of Miss Marple

The elderly spinster Jane Marple appears in 12 full length novels and a further 20 short stories. The first of these was Murder at The Vicarage published in 1930 although the character had appeared some three years before in a short story published in a magazine.

Agatha Christie herself seemed quite surprised at the emergence of a sleuth to rival that of Hercule Poirot and suggested that the character had begun to form in her mind from one of the characters in The Murder of Roger Ackroyd, namely the spinster sister of Dr. Sheppard.

There was also a little of Agatha's grandmother in Jane Marple and in particular her almost uncanny ability to predict bad events. Finally, there was inspiration from who she described as "my grandmother's Ealing cronies"; the elderly women who were part of her mother's social circle. 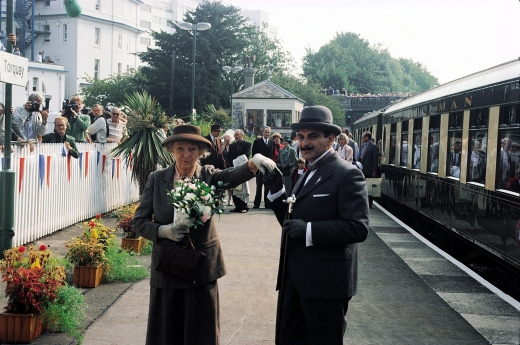 If you are interested in visitng Agatha Christie's Torquay and are looking for places to stay we have a range of self catering accommodation in Torquay from which all the key points on The Agatha Christie Mile can be reached. Click on the panels on this page to see more details and to chck availability and rates and to book.