The Life and Times of Agatha Christie 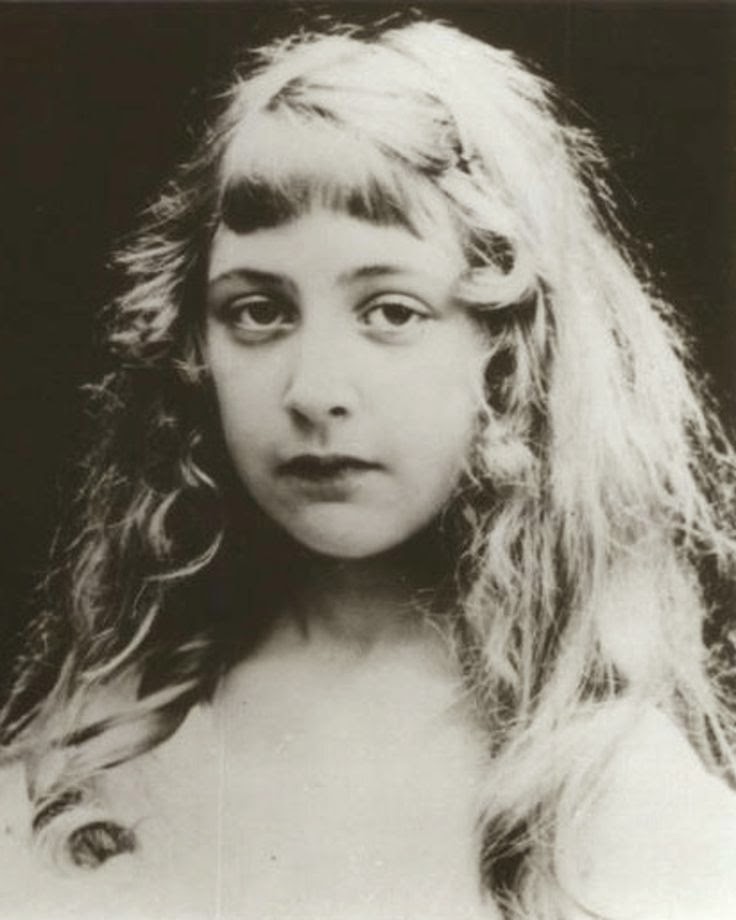 Ashfield was the home Agatha Christie (or Miller as she was known before her marriage to Archie Christie) was born  in Torquay on 15th September 1890. She was the daughter of John and Clara Miller. Her father had inherited a fortune from his American parents and was what the Victorians would have referred to as a man of independent means. Agatha recalled him with much affection in her autobiography as a man of great humour who loved entertaining but who was supremely lazy filling his days at his club playing cards and reading the newspaper. Her mother Clara was a much more mercurial character who had strong yet shifting opinions on many things such as education of girls and religion. Her mother, Clara was a gifted and imaginative story teller but she frustrated the young Agatha  by her apparent inability to remember the stories she had started. This contrasted with her beloved nurse, Nursey who had a stock of stories that she was able to tell repeatedly.

Agatha was the youngest of three  children. Her older brother, Monty and sister, Marge seemed slightly remote from her and the young Agatha was consumed in a World of make believe woven around the house and gardens she loved so much. In Agatha's early years Ashfield was on the edge of Torquay and Agatha referred to having gone up the lane from the house into what was then open Devon countryside. The house is long gone having been demolished in the sixties and all that remains is a plaque. Torquay meanwhile has spread far beyond the house and the Devon country lanes are now many miles distant.

Agatha's father died when she was still young and while her brother was away serving in the army and shortly before her sister got married and moved away. Consequently, it threw Agatha and her mother more closely together. It also exposed the extent to which the family's finances had declined. Living in much reduced circumstances the pair proved adaptable and resourceful and Agatha was able to continue her education much of it in Paris.

The shortage of money also led Agatha being taken to Cairo for her "coming out". It was much cheaper than having the debutante season in London and also had the benefit that the house in Torquay could be let for quite a substantial sum.

Shortage of money and declining family fortunes continued to be a feature of Agatha's life but by her late teens and early twenties, she had begun to develop a number of relationships with men. Some of these resulted in marriage proposals one or two of which were serious whilst others were not. She then met Archie Christie who was about to embark upon a career in the newly formed Flying Corp. They had quite a turbulent relationship which resulted in their engagement repeatedly called off and then re-instated. Their characters were very different and it seems that this was much of the fascination for both.

The beginning of The Great War heralded major changes for the lives of British people; Agatha became a VAD nurse  and within weeks was coping with the most difficult cases of injuries coming back from the trenches in France. Rigid social etiquette dating from Victorian  times had to be abandoned as young women were increasingly relied upon to  help with the war effort.

Agatha and Archie snatched brief time together when he was able to get leave and after some agonising they got married. They did so abruptly and with no family present. The peculiar circumstances of war made it seem like a sensible decision.The first day of their marriage was spent at The Grand Hotel in Torquay. The following day they were once more separated as Archie returned to his unit.

For some years, Agatha and Archie met seldom and Agatha's attention was absorbed in her war work. A pivotal moment came when she swapped nursing for work in the dispensary. Here she not only learned a significant amount about poisons but also had time to nurture an idea first put in her mind by her sister; to write a book. The long hours of inactivity between her dispensing duties afforded Agatha the opportunity to develop the characters and plot of her first book - The Mysterious Affair at Styles. It was here that the character of Poirot came into being. In her autobiography Agatha reveals a regret about the character; she wished she had not made him a retired police officer as by the time the series of books in which he appeared has concluded his age in reality would have been well in excess of 100 years.

During the course of the war Archie was posted to the Air Ministry in London and so Agatha relocated there too. Although their life was not easy they did seem happy and a baby duly followed. Rosalind was born shortly after the Armistice and as Archie embarked upon a career in the City he and Agatha settled down to life as a family. There was a shortage of accommodation  in London and the family had to resort to quite extreme measures to grab an apartment but they succeeded. One oddity recalled by Agatha in her autobiography was the employment of domestic staff despite their quite modest means. Servants were not seen as a luxury but a car certainly was and acquiring one at this time was unthinkable.

The preoccupation with the war and family life meant that Agatha had effectively forgotten about the manuscript that she had sent to the publishers and so it came as a bolt form the blue when one contacted her and showed an interest in publishing the Mysterious Affair at Styles. In fact Agatha was so taken aback that she barely bothered about the contractural arrangements that she agreed to. In reality she had still not seriously considered writing as a career but merely as an interesting exercise or diversion. Her first book earned her £25. It was only when she had a discussion with Archie in relation to how she might help save her beloved Ashfield where her mother just about clung on that the idea of writing further books become a serious reality. Once again the books were well received and produced welcome but very modest income.

An extended period of foreign travel then once again put the thought of writing aside. Archie was offered a place as a financial advisor within a delegation due to tour Britain's dominions as a way of arousing interest in a forthcoming Empire Exhibition. He and Agatha agonised over the decision as it meant that Archie would have to give up his job with no guarantee that he could find another upon their return. Less tough was the decision to leave their baby Roslaind in the care of her nurse and Agatha's mother.

The journey to South Africa, Australia, New Zealand, Honalulu and then Canada was full of incident and amusing situations such as when in South Africa Archie was repeatedly referred to in the press as The Chancellor of the Exchequer. The visit to Honalulu also  gave Archie and Agatha an opportunity to indulge in a passion which few modern fans of Agatha would ever guess at; surfing.

Upon their return from their foreign travels Agatha and Archie resumed their doesmtic life with Rosalind and Agatha continued to write; by this time though she had begun to be a lot more savvy about contracts and money.

The end of Agatha Christie's first marriage and a new beginning

To outward appearances as they moved to Surrey things seemed to be going their way but as Agatha reveals in her autobiography she felt something was wrong. Archie had a successful career but was increasingly obsessed with golf almost to the exclusion of all else. In fact when Agatha had to return to Ashfield after her mother had died, Archie gave her no support as she had to empty the house of its contents and deal with the grief at her mother's passing.Worse was to follow as it was at this point that Archie revealed he was having an affair and wanted a divorce. Agatha suffered what many of us would refer to as a nervous breakdown and her famous disappearance occured at this time. She never talked about this subsequently and preferred to put this part of her life firmly in the past.

A break in Tenerife, where she wrote The Mystery of The Blue Train, enabled her to recover somewhat and when she returned to England she had the strength and resolve to carry on with life but without Archie.

Determined to forge a new life on her own, Agatha booked a holiday to Hawaii but an aquaintance persuaded her to re consider and to go to Syria and Iraq instead. She'd had an interest in archaeology for some time and recent discoveries fired this further and so it was she set off alone on the Orient Express to Istanbul and then drove across the desert in the company of some extraordinary individuals.

Agatha Christie - the best selling author and Queen of Crime

It was whilst in the Middle East that she met Max Mallowen a young archaeologist some years younger than herself. With some misgivings she consented to marry him and they married in secret in a church in Scotland far away from press interest.

The period following her marriage was a productive one in terms of books and new characters emerged such as Marple, Mr Quin and Mr Scatterthwaite.The 1930's were evidently a happy time for Agatha and her family. There were repeated visits to the Middle East on archaeological digs, a new career as a playwright and the acquistion of new properties including her holiday home Greenway on the banks of the River Dart.

With the advent of World War II, life changed. Agatha's house in Oxfordshire and Greenway were both requisitioned and Agatha went to London and resumed her former career as a pharmacist. Max joined the RAF. Her main residence in London at Sheffield Terrace suffered bomb damage and was unuseable yet she appeared quite nonchalent about bombing preferring to take her chances above ground rather than face the possible horror of being trapped underground in a shelter. Although Agatha and max emerged from the war unscathed, her son in law was not so lucky and was killed in action.

The period following the war was about picking up the pieces of life and trying to get back to normal. Greenway was given back to her although there was quite an argument over the toilets installed by the admiralty - 13 on the ground floor. At one point the Government suggested that as these were improvements to the house, Agatha should pay for them. She refused to do so and in the end the toilets were removed.

Post war, her writing output slowed. High taxation meant that there was little sense in producing much more than one or two novels per year. Instead, she chose the projects that gave her pleasure and once again it was the plays that absorbed most of her time, The most successful of these was The Mousetrap which was adapted from a short story written for Queen Mary.

Agatha also showed her pragmatic side in the way in which she signed over the rights to her works to families and friends. Her grandson Matthew really hit the jackpot as he was given The Mousetrap.Aside from being wonderful gifts to those she loved, this was also a way of mitigating against massive death duties that had begun to weigh upon her mind.