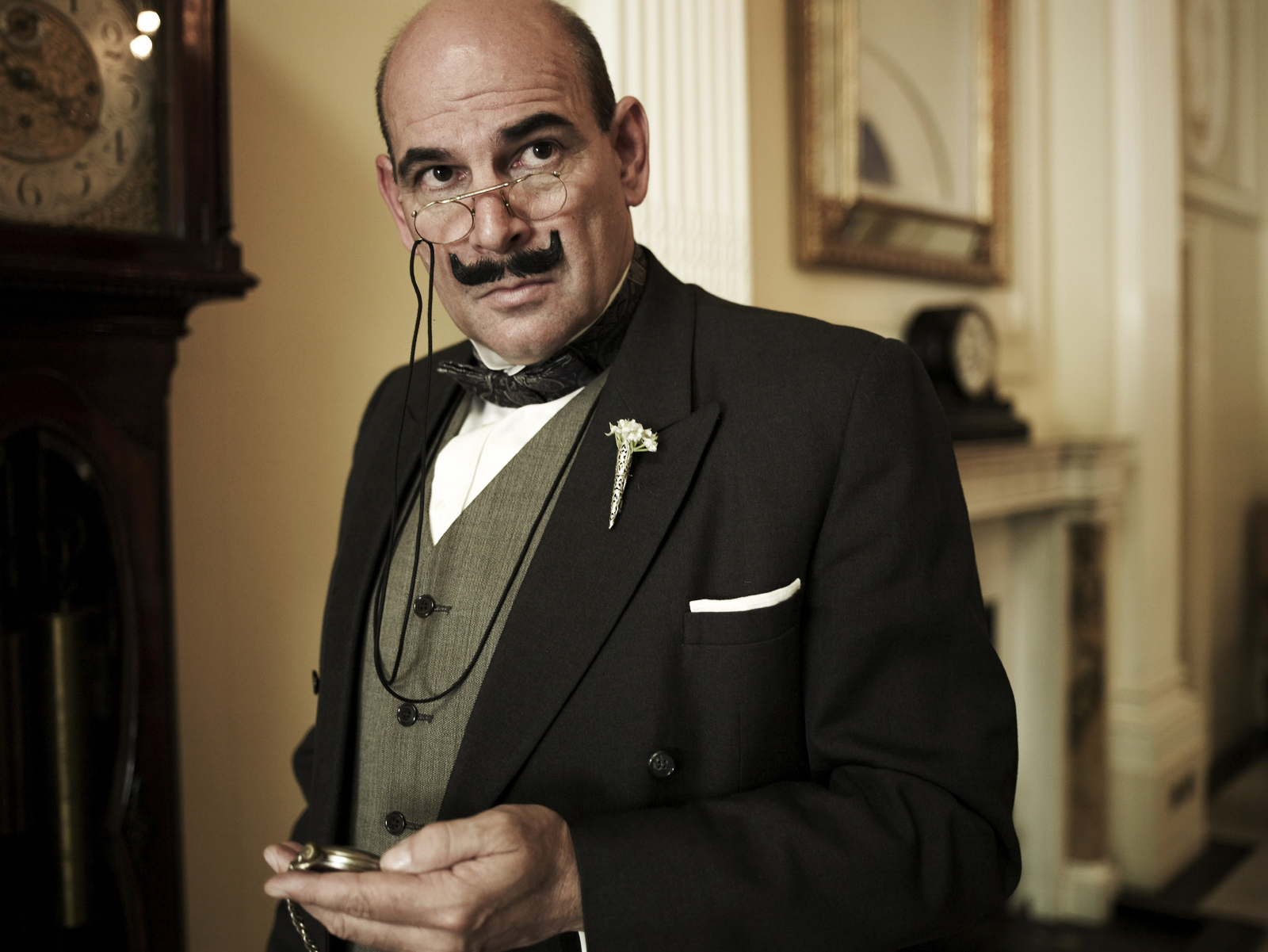 There are more than  45 books containing stories featuring Hercule Poirot. Some of the books are collections of short stories so he actually appears in many more detective cases.

The Poirot stories were written over a long period with the first appearing in 1920's and the last being written in the 1960's although not published until  in the mid 1970's. In that time his character's back story was developed somewhat and there was a collection of short stories relating to his time in the Belgian police.

Fans of the detective have long argued over the exact time setting of each story but most tend to take the publication date as the period unless otherwise specified. naturally with such a long running series there are some inconsistencies and some have suggested that given the evidence from the earlier stories he must have been over 125 when he met his end.

Poirot was introduced to the World in 1920 with the publication of Christie's first novel The Mysterious Affair at Styles. The book was written during World War I and Poirot is a Belgian war refugee who has settled in Britain.

It is believed that he is based upon a real refugee that Agatha encountered while working as a pharmacist in Torquay during the war and so in a real sense Poirot was also born in Torquay.

Our self catering apartments are therefore ideal bases from which to explore the birthplaces of Christie and Poirot. We have The Muntham Apartments and Town House in the Wellswood area of Torquay, The Sovereign House Apartment which are close to the harbour and town centre and The Hesketh Crescent Apartment which is literally a stone's throw from Meadfoot Beach which was one of Agatha's favourties in the area.

Books in which Hercule Poirot appears

Check availability and rates at our self catering accommodation in Torquay

You can follow in the foot steps of Poirot's creator with a break in Torquay. Use the panels on this page to select accoommodaton and check rates and availability and to book.